From National to International, Student to teacher, DJ Wiz is the epitome of started from the bottom now we here.

Born in Ottawa, Canada, he moved to Toronto with his family at the young age of 16 with a genuine love for Hip Hop. After honing his break dancing skills and booking gigs with artist Kish, he became exposed to Reggae artists like Capleton, Ninja Man and Shabba Ranks and his love affair with Reggae Music began…

Although he didn’t know much about  Sound Systems, he had befriended Hi-Tek Sound System in the early 90s where Dezzi, owner of Hi-Tek, helped him learn Reggae tempos, artists, and how to tweak the equipment for the perfect sound, which would ultimately set off his career.

Soon he was touring Canada with some of the world renowned Sound Systems; Stone Love, Metro Media, Soul to soul, Tempo, Red Flame, and Upsetter to name a few. This would eventually push him to start his own solo career in 1992 as Wiz the Vybz Machine, playing at smaller events while gaining popularity with the Dancehall Fraternity. This also led to him being recruited by Juiceman Jonathan Shaw to play on the JOYRIDE show on C.H.R.Y 105.5 FM from 1am to 7am Tues nights and his “official” DJ career began.

While building his fan base through his weekly radio show and affiliations with different sounds like Eclipse Sound and Syndicate Sound, he was recruited by Gary from Love Child HiPower to tour abroad as their Selector. Lovechild soon became Canada’s #1 Sound for 3yrs straight until management had to relocate overseas in late 1997. In 1998, DJ Wiz became Wiz international, and lived up to that name playing parties and events from England to Jamaica, to Japan, which would later earn him the title of Canada’s First International Selector granted by Canada’s Dancehall Fraternity.

In 2008, Wiz started the Wizology Show on C.H.R.Y 105.5 FM, a Reggae Music/Talk Show where he grew his cult-like following even more. With an aspiration of giving back to the community his passion for breaking hit records and familiarizing artists names to the public grew.

He used his platform to help launch careers of unknown artists such as Tiffany Malvo, Triston FiveStar, Kae Music ,Khago,Ward 21,Laden, Koffee, Lila Ike, and Kafinal also Kairo Maclean who both  later went on to win a Juno Awards.

Now, a seasoned veteran in the Selector game with radio and international success, Dj Wiz has coined the mantra, “We Break Artists, We Break Hitz”, and continues to use his notoriety to grow unsigned artists in Dancehall.  To date he’s debuted artists like Ward21, Laden, Danny English, Mr. Lexx, Queen Paula, Macka Diamond, Lady Saw to name a few and collaborated with the likes of Ghetto Concept, Snow, Baby Wayne, Lukie D, Vybz Kartel, Danny English and Ninja Man.

He has also started several charitable programs including Pancakes for Community and is involved in outreach programs like Gangs for Tuition for Keep 6ix Charity.

The Wizologyshow is an international reggae show that breaks artists and breaks hits.

The World Needs to hear Good Music and Dj Wiz brings good music to the ears of the People. 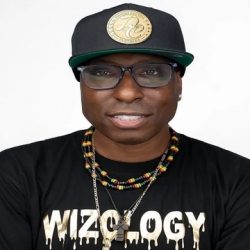