Rahsaan began his radio career at Los Angeles City College and then attended the Don Martin School of Communications in Los Angeles, California. After completing two years of study there, he obtained his FCC First Class Radio Telephone Operators License. He then worked as a late-night on-air personality at KKUL FM Radio Station in Tulsa, Oklahoma. Rahsaan was a pioneer of the Quiet Storm radio music genre, and, as a result of his contributions to the genre, he garnered a significant listener base in Tulsa.

After departing KKUL, Rahsaan returned to Southern California and worked at KTOT FM in San Bernardino, California, alongside La Met “Cap” Wilson, whom he met in broadcasting school. In 2011, he assisted Cap in starting KEPX Radio, an internet radio station headquartered in San Diego, California. Rahsaan has been on hiatus from KEPX Radio since relocating to Costa Rica in October 2019 and officially left the station in June 2021 to take over the program director position at Blaxit Radio. 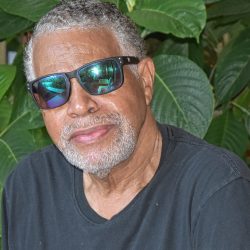