Ramiro Crawford is the man behind Limon Roots Ramiro is Director and Editor of Limon Roots “La Revista del Gran Caribe” international publication. The only media of its kind in the Americas Continent with a multicultural and multi-ethnic emphasis started 21 years ago. Ramiro premiered a radio program, “Limon: Beginning a World of Opportunities,” eight years ago on Pacific Casino and Stereo Bahia Radio.
Ramiro is a graduate of Agricultural Economics and carries the professional title of Agricultural Engineer and was on the faculty of Agronomy at the University of Costa Rica in 1980. His academic training includes mastering in Agricultural Education, University of Reading, England, Great Britain, and writing a degree thesis: “The Potential Role of the Universities in the Development of the Fishing Industry and the Fisherman of Costa Rica” in 1985.
Mr. Crawford was Head of Institutional Marketing Department of the Board of Port Administration and Economic Development of the Atlantic Slope (JAPDEVA), Puerto Limon, Costa Rica 1999 – 2001 He is the Coordinator-General of Limon Roots Afro Cultural Festival, the largest of its kind in Central America since 1999. He is involved with the Dia del Negro y la Cultura Afro-Costarricense Celebration held on August 31st.

Ramiro is fluent in Spanish, English, Creole, and medium-level Portuguese and will produce a weekly broadcast on Blaxit Radio. 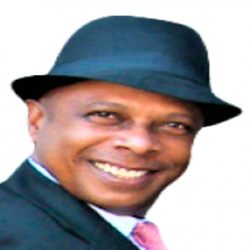