Judge Tijani Cole is the founder of all five Justice High Schools. Judge Cole presently serves as a Principal for JHS and Associate Judge for the Wheatridge Municipal Court. He was appointed to the Boulder District Court in 1993, where he specialized in criminal and juvenile law.  In addition to his law degree from the University of Denver, Judge Cole has a Ph.D. in education from LaSalle University, a Master’s in International Politics from the University of Denver, and a Masters in Juvenile and Family Law from the University of Nevada, Reno.  He sat on the state’s Civil Rules Committee and is the author of many important changes in the Colorado Magistrate Rules.  Judge Cole is also the co-author of the Colorado Juvenile Court Judges Bench book. He is the 2010 winner of outstanding Community service to the youth of Boulder County, 2003 Judicial Excellence Award, 2001 “I Have A Dream Foundation Man of the Year” award, 2001 Sigma Gamma Rho Fraternity “Man of the Year,” 1999 “African American Leadership” award winner, the 1999 “Champion for Children,” and 1998 winner of the “Beyond the Gavel” award for outstanding work in the judiciary and the community.  Judge Cole won the 1997 Channel 9 “Who Cares” award for charitable work and his participation in the North Denver Honors Institute and Boulder Preparatory High School.  He also received a citation from Governor Roy Romer and Governor Bill Owens for work done to start Boulder Prep High School and Justice High School.  He was chairman of the board for Boulder Prep High School and Zoubida Cole College. Judge Cole is a former president of the Colorado Magistrates Association and the Colorado Juvenile Council.  He is a professor at Metropolitan State College and a guest lecturer regarding juvenile law at many other schools around the state.  Judge Cole is an alumnus of The National Judicial College and joined the faculty in 1999.

‘The Global Politics of Soul’ is a show that will bring to the listeners of the world the best of old school R&B, and informative conversations about issues that affect people of color from around the world. So Sit back, relax, jam out, and join the conversation. 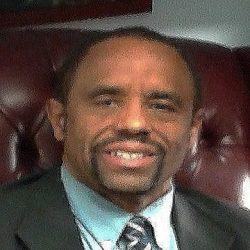